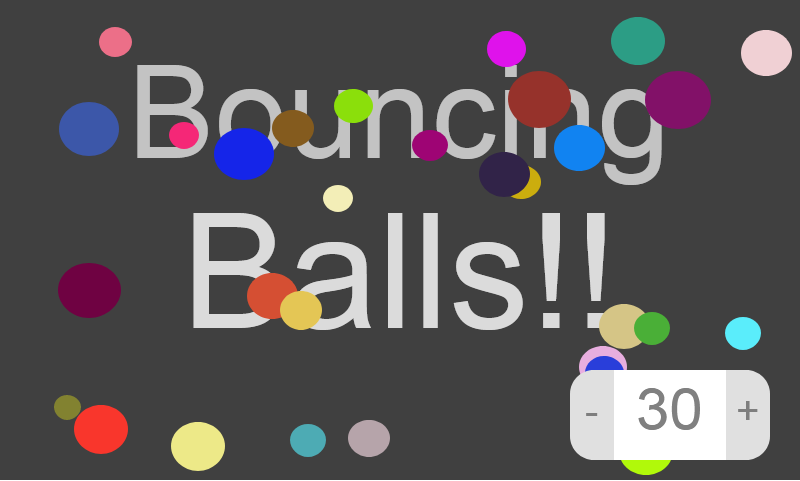 Throughout my professional life as a software developer, I always vowed to never, ever implement concurrency mechanisms. I mean, the mere thought of such mechanisms had always haunted me. Too complex, too cumbersome, too many corner cases. This was the reason for, while designing the QED programming language, I bluntly ignored concurrency in the design. The idea of handling threads and company on top of my core concepts was too much a burden.

When I started to showcase QED last August, I opened myself to subjects tantalizing the programming language community. Reading about callback hell, or what color is your function sparked my imagination. I realized my programming language, without any thread-related feature, was so close to solving cooperative multitasking elegantly. This is where I finally learned the word coroutine (go ahead, mock me!) and inspected some implementations. Then it happened. The skies opened up, heavenly lights burned into my eyes and a choir of angels began chanting. After this epiphany moment, I urged myself to develop this new concurrency and coroutine vision for QED.

This article is a bit long, although filled with easily digestible code samples instead of dry text, in order to keep reading light. You may want to check out the conclusions in advance with these two online QED programs. The first one is a classic producer/consumer coroutines scenario (inspired from Simon Tatham’s “Coroutines in C” paper). The second example is more elaborate and present bouncing balls animated with coroutines. The user may add and remove balls on the fly, anytime.

These examples are fun to watch and by looking at their source code, you may intuitively guess how they work. The greatest reward though, in my opinion, is to truly comprehend the underlying concurrency principles lurking in the dark, and allowing such a simple coroutine implementation. So let’s start our journey…

With or without ‘new’

The actual concurrency and coroutine implementations are heavily based on a concept called type/function equivalence, which will be explained now using code written in QED. QED source code syntax is very close to C/Java syntax so I won’t spend time detailing it as it should be intuitive for most readers.

QED has its own VM (as of today), but for the sake of clarity, let’s pretend in this article that the QED compiler generates Java code instead of bytecode. The following QED function

would usually translate to a similar Java method (having the same source code). The QED call

would again do a basic translation to the following Java code.

This is fast, straightforward, efficient… but not the Java code the QED compiler would generate. Please forgive in advance QED’s lack of optimization but Donald Knuth himself warned us that “premature optimization is the root of all evil”. I intend to present a further article on QED optimization but let’s no longer digress. The QED translation of the Adder function to Java would be

The QED “println(Adder(2, 3));< further lines… >” code seen above would really translate to

That will work too but some of you would immediately ask “So what?”. First, this verbose Java code is generated by the QED compiler so you should not care about it as long as it delivers. More seriously, that translation now enables the following QED code:

Adder can now be used as an object instantiation type, using the ‘new’ keyword, as well as a function to call (without ‘new’ before). This is what I dubbed the type/function equivalence (TFE). The translated Java code for the above would be:

For those who may ask, when invoked as an object using ‘new’, the Adder actual addition result can still be trapped by the QED ‘->’ operator followed by a handler anonymous function, after the new declaration. The handler function has complete access to its associated QED object through the _obj parameter and to the return code with the _ret parameter. The QED code

would generate the Java code

Therefore, any QED function that you define can be invoked as an object (using ‘new’) or as a call (without ‘new’). As an added bonus, as classes can be nested in Java, QED functions can also be nested. Inner functions have complete access to outer functions environment. (EDIT: to delve more into type/function equivalence, follow this link!)

Perhaps the greatest feature of TFE is the unlocking of basic concurrency. Let’s see how it does…

A basic example is the ‘void Timer(int millis)’ ASF. Its Java implementation is as follows:

So, TFE equally applies to all ASFs like Timer. ASFs are invoked either as calls or as objects!

Writing a Timer call in QED

Its Java implementation shows that “Start Timer” is printed before “Counted 3 seconds” (the output would be similar to the one above if println(“Start timer”) was the first line).

Thus, for all ASFs like Timer, using them as calls makes them sequential.

If you want them to run parallel, you may simply write

When ASFs are used sequentially as calls, please not assume they become magically synchronous and blocking. This is really not the case as we’ll soon realize. The sequential QED code

is translated to Java this way:

You know what? Callback hell… is good. It’s just like fire. Running wild, it is an inferno. But when cavemen tamed fire, they used it to their benefit and conquered the world.

This is a nifty way to solve callback hell: to not deny its existence or usefulness but to let the compiler drift it away in the generated code you don’t care about instead of the QED source code you work with! No need in QED for extra async, await, promises… mechanisms that would only clutter the code. Just use the good old ‘new’ or not.

Of course, user-defined functions and ASFs do not live in separate worlds. They freely mix together. What to expect from using both? Consider the following function:

However, instantiating a HelloBye instance

Guess what? We just implemented concurrent programming. Due to the Timer call in HelloBye, the HelloBye function and its caller code executed concurrently.

To understand why this works, we will refer again to the generated Java code. The HelloBye generated code would be:

The HelloBye call code would be this:

It executes as expected because the printing of “Done” is performed in the callback, executed at completion of HelloBye.

The HelloBye object code would be this:

This time, it is easy to see that the HelloBye exec function starts the timer but then returns immediately, allowing “Done” to be printed right after “Hello”. The Timer ASF is sequential within HelloBye (“Bye” is always printed a second after “Hello”) but is parallel with respect to the caller code execution (“Done” is printed a second before “Bye”).

This opens up a whole new concurrent world, achieved with just our existing tools, without a separate threading implementation (and new language keywords to digest). You can use ASFs in conjunction with ‘while’. The QED ‘while’ logic would translate as Java code acting like a while loop but handling callback hell correctly. This is used to implement a longer concurrent process:

This code defines two RepeatWord objects, both suspending their initialization upon the Timer(2) line. Then, the console prints “Printing 100 pings and pongs”, 100 pairs of “ping” and “pong” (by resuming Repeat word initialization) lines and finally, “Done”.

Concurrency was implemented but not properly. The use of Timer here has serious drawbacks. We must set the same while count < 100 condition in two spots, we wait 2 milliseconds within each print line and on some implementations, there could be race conditions that would print two or more consecutive “ping” or “pong” strings.

We need a better mechanism to achieve this task.

We covered a lot of ground to get to this point, so it’s payback time! Coroutines are just perfect to solve all problems encountered in the above RepeatWord code. No need for dedicated QED keywords to implement them. A single CoList ASF with a handful of methods will do.

With coroutines, the RepeatWord example is much simpler, faster and clearer:

The CoList function is used this way:

Using these basic rules, usually cumbersome processes like fork-join models are now a breeze to implement (without any fork or join keyword, of course).

Coroutines may return values as well. If we want all values to be returned before resuming processing, just move the CoList.end() call into handler functions.

will print the expected output

Let’s now refer to the code examples mentioned in the introductory part. The producer/consumer coroutines scenario declares a new CoList instance and adds a new Counter (producer) object and Printer (consumer) object. Each object execution is suspended upon a CoList.yield call. Upon each CoList.process() call, the objects resume from CoList.yield until the next yield call. When resuming, CoList.yield always returns true, which is practical to save one line on a ‘while(true) {…}’ construct. Upon resuming, the producer will generate a new number and store it in num, until it reaches 10 (num will be -1 after). The consumer will print num, unless num is -1. Each CoList.process() is within a while loop that ensures num is not -1. When num is -1, the program ends gracefully.

Since the QED programming language already includes an elaborate UI engine that enables all sorts of animations and GUI programming (that may be the subject of forthcoming articles), and since coroutines are natural allies for developing sprites and characters in games, I implemented a simple bouncing balls demo that uses coroutines within Ball objects for animation. This example demonstrates that in between two CoList.process() calls, you may add elements to and remove elements from the CoList internal list. This way, a CoList instance may handle a variable number of coroutines (down to 0). A funny test is to comment out the line “balls.remove(index);” in the removeBall method. A ball removed from the user will no longer disappear from the screen but its associated coroutine will still be removed from the CoList object, so it won’t move anymore. The ball will suddenly freeze on the screen forever.

I hope such an approach may help simplifying and democratizing the use of concurrency and especially coroutines, which deserve much more attention from developers. In the process, I also learned the valuable lesson to never say never in life!